[dropcap]I[/dropcap]n recent years, the director Daniel Calparsoro has been premiering films that seemed destined to become a blockbuster. «Guerreros» approached one million euros, but “Ausentes” inched 700,000 euros. «Invasor» didn’t even reach half a million euros, being «Combustion» (1,200,000 euros) his highest collecting film to date. It was expected that «One hundred years of forgiveness» exceeded that amount, since we are talking about a film that has had the advertising push of a television network (in this case, Telecinco).

The film starts like a typical thriller in which a group of criminals seek to rob a bank. Not only did they carry weapons, but explosives as well. From this point on, what is expected in a film of this genre happens: hostage taking, differences between the thugs, police intervention… There is nothing original in this approach, which would not bother me if it were not because of, unfortunately, the development of the heist lacked the vigor required to keep us hooked on what happens on the screen. 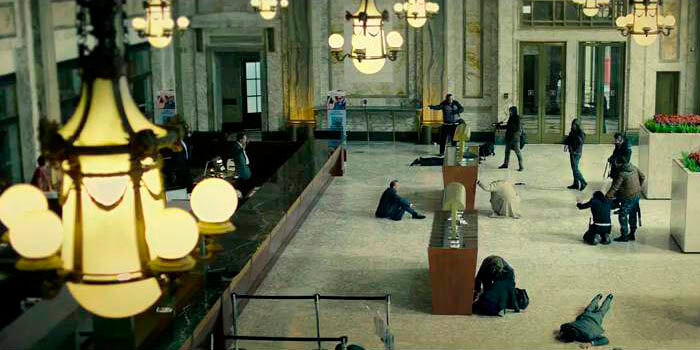 Yes, a twist related to the murky world of politics is introduced, but, on my eyes, is an added which is there to tell the audience that they’re watching something more than a mere entertainment (Jorge Guerricaechevarría, regular collaborator of Álex de la Iglesia, is the author of the script). The worst of it is that “One hundred years of forgiveness” is not a particularly entertaining film. Despite its small footage, the film does not have a good pace, which makes it a very irregular title. On the other hand, back to its more serious side, everything is told with excessive simplicity, as if to make clear to the viewer what is the message that is intended to convey.

«One hundred years of forgiveness» is and, at the same time, isn’t like one of the highest collecting Spanish film productions of last year: “El desconocido”. I explain myself. In both of them, social criticism is addressed using commercial genres. The problem is that the former knows not to mix the two concepts, a thing which the recommended tape of Dani de la Torre did. In fact, the differences between the respective films are increased if you look at their technical sections, being much more colorful in «El desconocido».

And it is that Daniel Calparsoro chooses to offer a careful and effective realization but absolutely not risky at all. It looks like the filmmaker limits the suspense, drama and action of the film, perhaps for the social content to not get diluted. Furthermore, the introduction of elements of humor doesn’t end up working. What does deserve a lot of praise is its setting, with a steady rain and a magnificent cinematography of Josu Inchaustegui. 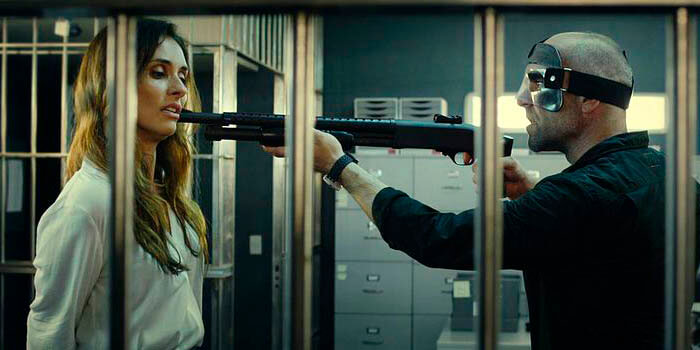 The cast is competent, with actors as diverse as the Spanish Luis Tosar, Raúl Arévalo, Patricia Vico and Jose Coronado, and the Argentine Rodrigo De la Serna or Luciano Cáceres. The problem is that they don’t get us to connect with their characters, something that’s not their fault, but of the shallowness with which they are described in the script (there is a scene where the Gallego and the Uruguayan talk about their past, but I think it shows that it is a forced attempt to remedy this flaw).

Para algunas personas it gets messy to traducir entre Ingles y Español without thinking in ambos lenguajes at the same time, pero definitivamente yo puedo hacerlo.